This story is part of a CBC News series entitled In Our Backyard, which looks at the effects climate change is having in Canada, from extreme weather events to how it’s reshaping our economy.

In a cartoon that went viral before the Copenhagen climate summit in 2009, a conference presentation lists some of the side benefits of reducing greenhouse gas emissions, from cleaner air to green jobs, as a man in the audience asks: “What if it’s a big hoax and we create a better world for nothing?”

Ten years after U.S. cartoonist Joel Pett penned that cartoon, there is stronger scientific consensus than ever that climate change is real, and more and more evidence that fighting climate change has positive side effects or “co-benefits.”

Environmental researchers and policy advisers now say it’s crucial to take those into account when making decisions about climate change mitigation and adaptation. 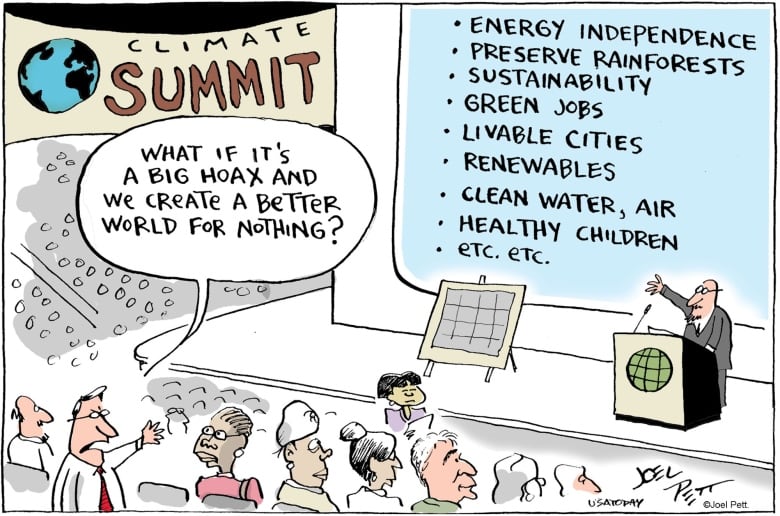 This cartoon by U.S. cartoonist Joel Pett was published in 2009, ahead of the Copenhagen climate summit.(Joel Pett)

Co-benefits such as reducing deaths from air pollution and boosting technological innovation may lower the net costs of climate action to zero or even lead to a net economic benefit rather than a cost, studies show.

And failing to take those into account — effectively miscalculating the costs of climate change action — may lead to bad decisions and inaction that are more costly in the long run, says Canadian environmental economist Kirk Hamilton.

“Essentially, we’re just leaving dollars on the table by ignoring co-benefits,” said Hamilton, an economic consultant and visiting professor at the London School of Economics who has studied the co-benefits of climate change mitigation in depth. “In some ways, we’ve been doing the modelling wrong.”

Positive side effects from cutting emissions will occur even if they’re not accounted for, he noted. “You’re just not feeding [them] into your decision making process, which means you’re making bad decisions.”

The UN acknowledged in a 2016 brief on sustainable development that the co-benefits of initiatives to reduce greenhouse gas emissions aren’t always well documented, “which underestimates their positive impact.”

The value of that positive impact can be quite a lot — to the point that in some cases, climate mitigation measures can have a net economic benefit per tonne.

Air pollution may reduce the GDP by more than 10 per cent in some countries like China, and a 2016 UN report found that halving greenhouse gas emissions between 2005 and 2050 would reduce premature deaths related to air pollution by 20 to 40 per cent.

That’s quite a lot, given that the cost of abating a tonne of carbon pollution in 2015 was estimated to be less than $36 US per tonne on average — meaning that any country that cut its emissions would get a significant net benefit from health impacts alone. 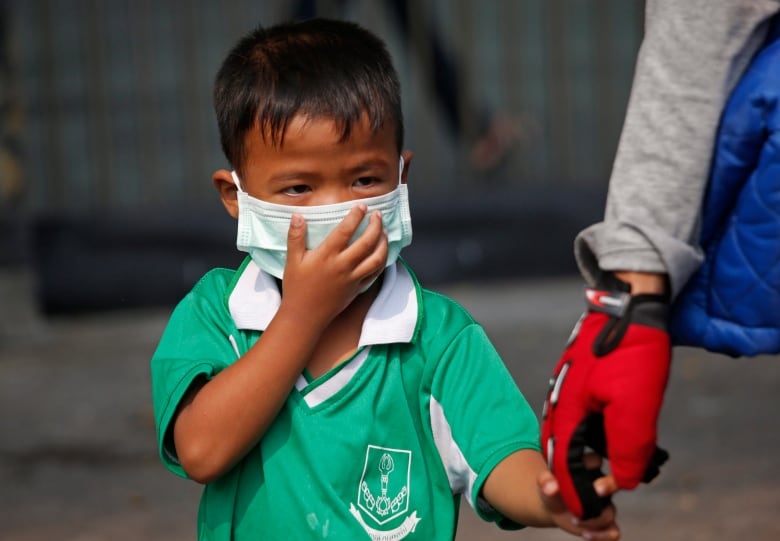 Some co-benefits, the UN notes, are indirect, such as freeing public resources for other uses. It added there are also effects of climate-related investments on growth and employment.

Hamilton said environmental regulations targeting emissions can give companies an incentive to invest in knowledge and technology.

“That’s a big plus,” he said, adding that such technologies can often then be applied in new ways to other sectors and activities, amplifying the positive impact.

Hamilton said getting governments worldwide to act on climate change has been hard because reducing greenhouse gas emissions is costly in the short-term, but the impact is uncertain, won’t be felt for years, and is spread around the world: “It looks like a bad deal.”

The deal looks a lot better when co-benefits are taken into account, because their impact tends to be certain, immediate and local, he adds. 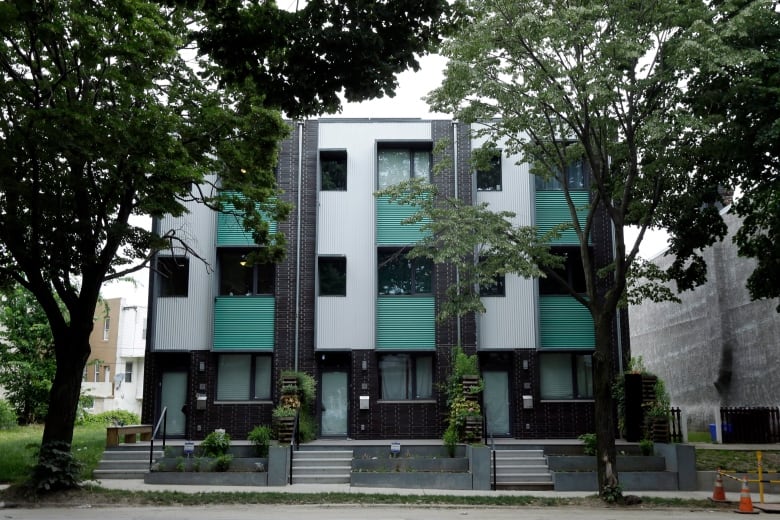 It’s something that policy makers are starting to recognize.

In collaboration with the B.C. government’s Climate Action Secretariat, Ann Dale, a professor in the School of Environment and Sustainability at Royal Roads University, has mapped some of the co-benefits of climate change action.

That way, policy makers will know how to look for and track them — the map shows, for example, that greener buildings lead to higher energy efficiency, better water quality, and new job opportunities: “So that you can show to political decision makers it’s not jobs versus on the environment — there’s money to be saved by doing the right thing, and there’s benefits to be achieved.”

That said, there can also be tradeoffs between reducing emissions and other environmental goals. For example, the UN report notes that inappropriate use of biofuels or diesel can lead to increased air pollution.

Dale said it all points to the importance of more integrated planning by governments. “What we need them to do is track the costs and benefits when they implement a climate action.”

Meanwhile, taking action to adapt to the impacts of climate change can have co-benefits that reduce emissions and also improve quality of life, notes Deborah Harford, executive director of the Adaptation to Climate Change team at Simon Fraser.

Green roofs to control flooding and reduce building temperatures can suck up carbon dioxide and also reduce emissions by reducing the demand for air conditioning.

Restoring wetlands to reduce flooding can sequester carbon and cut emissions by reducing the energy needed to filter and pump stormwater. 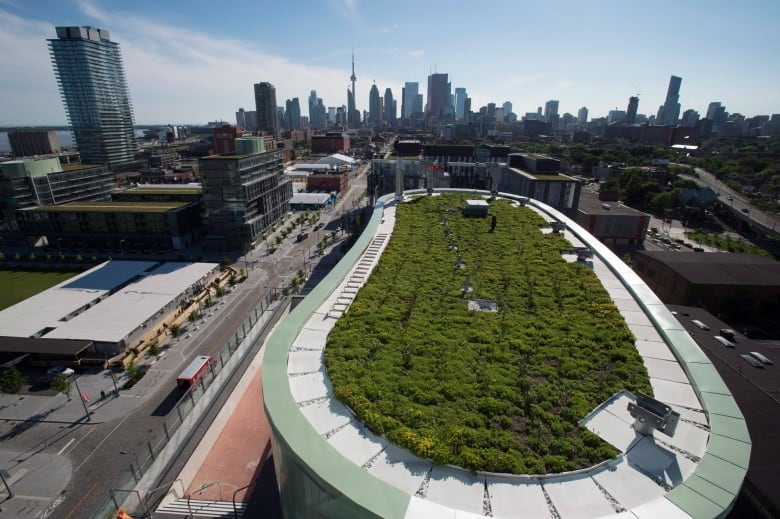 A green roof at the Pan Am athletes village in Toronto in 2015: green roofs to control flooding and reduce building temperatures can suck up carbon dioxide and cut emissions by reducing the demand for air conditioning. (Frank Gunn/Canadian Press)

She said so far, the cost and benefits of things like removing or restoring natural infrastructure like wetlands isn’t being considered often enough.

But it’s an idea that’s gaining traction, she added.

“This new narrative about low-carbon resilience and all the co-benefits is literally emerging now and is actually starting to be taken up very quickly.”

On the flip side, not investing in climate change action could hurt countries economically in the longer term, Harford warned.

She thinks given all the benefits, the world would be moving toward greener technologies such as renewable power, albeit more slowly, even if climate change weren’t a pressing problem.

“Countries that fail to get on this new shift are going to be the ones that are left behind in the new economy,” she said. “Because it’s coming.”

We work with people who are as dedicated to sustainability as we are.